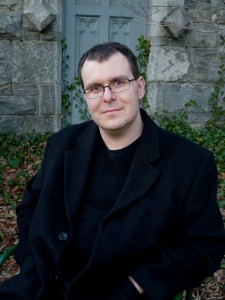 Django Wexler graduated from Carnegie Mellon University in Pittsburgh with degrees in creative writing and computer science, and worked for the university in artificial intelligence research.  Eventually he migrated to Microsoft in Seattle, where he now lives with two cats and a teetering mountain of books.  When not writing, he wrangles computers, paints tiny soldiers, and plays games of all sorts.