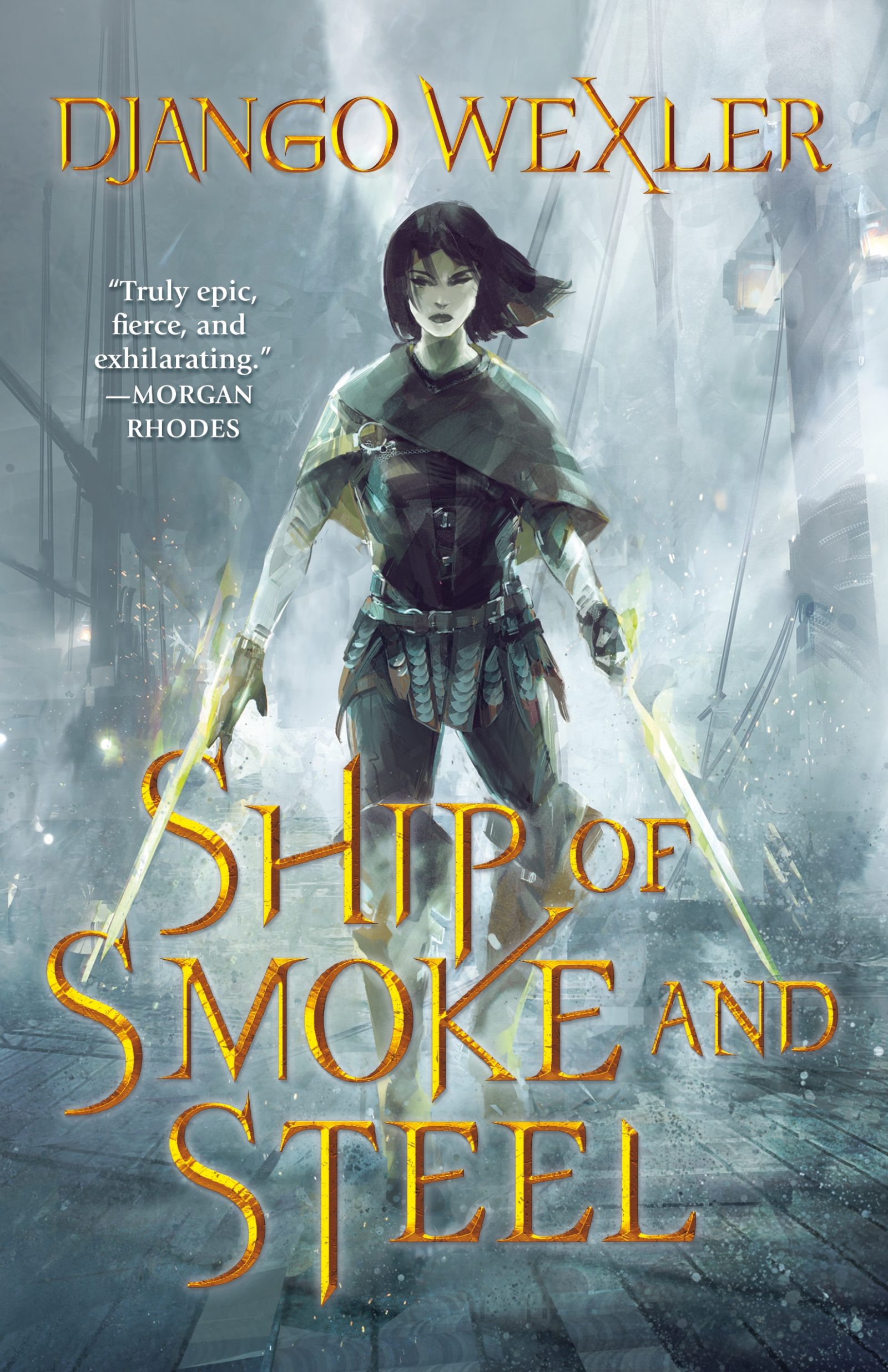 Ship of Smoke and Steel

In the lower wards of Kahnzoka, the great port city of the Blessed Empire, eighteen-year-old ward boss Isoka comes to collect when there’s money owing. When her ability to access the Well of Combat is discovered by the Empire—an ability she should have declared and placed at His Imperial Majesty’s service—she’s sent on an impossible mission: steal Soliton, a legendary ghost ship—a ship from which no one has ever returned. If she fails, her sister’s life is forfeit.

Check out the free preview!

“The first in a thrilling, action-packed fantasy series that epitomizes the fight for survival… Wexler’s young adult debut is a gripping, fast-paced fantasy enrapturing readers until the end… This ever changing world of magic is beautifully constructed with tantalizing details that evoke a variety of cultural influences. The characters are well-developed, and diversity―in ethnicity, ability, and sexuality―is abundant. From gory fights to unexpected romance, this has something for every fantasy lover. An alluring fierceness and charm will leave readers craving more.”

In this pulse-pounding epic fantasy, first in the Wells of Sorcery trilogy, a young woman with an uncanny affinity for combat magic is pushed to her limits when she’s sentenced to serve as crew aboard the mythical ghost ship Soliton… In his YA debut, Wexler (Fall of the Readers) delivers an atmospheric adventure that expertly mixes visceral action sequences, a compelling mystery, a diverse cast, and vividly described settings.

“Truly epic, fierce, and exhilarating, Ship of Smoke and Steel will capture you and lock you away. With magical combat sequences fit for the big screen, the action is almost as breathtaking as the intrigue.”

“Ship of Smoke and Steel is a brisk, gritty adventure starring a heroine with genuine agency and power, despite the overwhelming odds stacked against her. The world is sharp and unforgiving, the mysteries are deep, the action is harrowing and triumphant.”

—Scott Lynch, author of The Lies of Locke Lamora