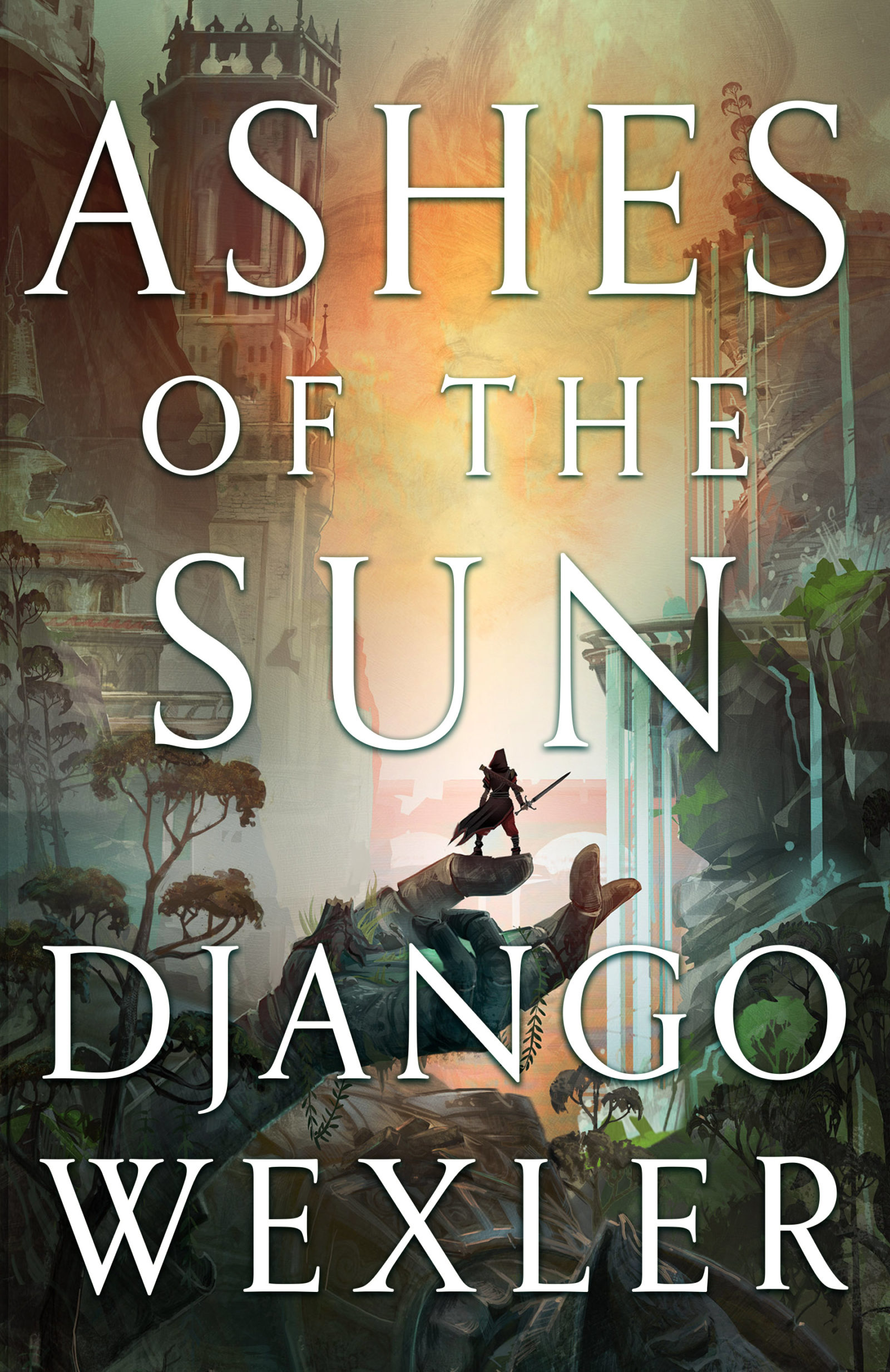 Ashes of the Sun

Long ago, a magical war destroyed an empire, and a new one was built in its ashes. But still the old grudges simmer, and two siblings will fight on opposite sides to save their world.

Gyre hasn’t seen his beloved sister since their parents sold her to the mysterious Twilight Order. Now, twelve years after her disappearance, Gyre’s sole focus is revenge, and he’s willing to risk anything and anyone to claim enough power to destroy the Order.

Chasing rumors of a fabled city protecting a powerful artifact, Gyre comes face-to-face with his lost sister. But she isn’t who she once was. Trained to be a warrior, Maya wields magic for the Twilight Order’s cause. Standing on opposite sides of a looming civil war, the two siblings will learn that not even the ties of blood will keep them from splitting the world in two.

“Ashes of the Sun is fantasy at its finest: deliciously inventive, brimming with ancient evils, fallen empires, mysterious technology, and devastating magic. Best of all, however, are its characters, each one crafted with deliberate care and developed in meaningful ways as their story unfolds.”

—Nicholas Eames, author of Kings of the Wyld

“Magic, mutants, and mayhem abound in Django Wexler’s Ashes of the Sun, but there’s also plenty of brain food to be had in this tale of a post-catastrophe world suffering under the yoke of unbending authoritarian rule. A fast-paced and highly entertaining ride through a compelling and original world”

“Reminiscent of Final Fantasy, Masters of the Universe, and Moorcock’s The Jewel in the Skull, ASHES OF THE SUN is a science-fantasy adventure brimming with everything that is weird and wonderful about a world where magic and technology have fused in the fires of a fallen civilization.”

“Ashes of the Sun shows that Wexler is a master of high fantasy. His plotting and this post-apocalyptic setting will warp your mind!”

—K.D. Edwards, Author of The Last Sun and The Hanged Man

“Exciting. Immersive. Epic. A perfect page turner and a phenomenal start to a new series.”

—Peter Clines, author of The Fold and Ex-Heroes