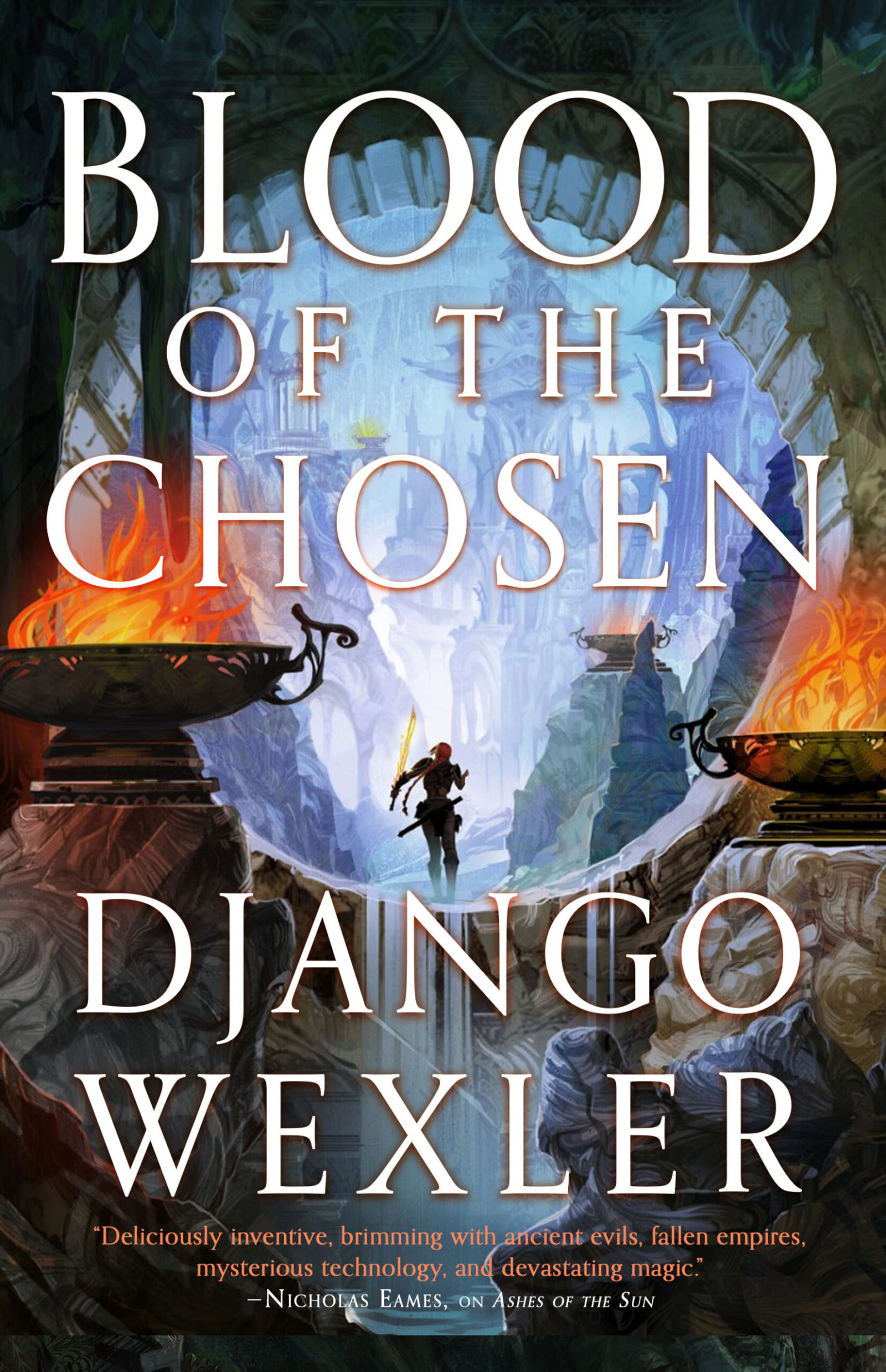 Blood of the Chosen

In the second book of Django Wexler’s epic fantasy trilogy about two siblings divided by magic and revolution, Gyre must travel across the Splinter Kingdoms to rally the rebels to his side, while his sister Maya uncovers the secrets of a powerful artifact that could change everything.

Gyre finally sees a way to overthrow the all-powerful Twilight Order. But he’ll have to gain the alliance of both the ghouls and the human rebels to the south in order to even stand have a chance. And uniting them won’t be so simple.

His sister Maya is still a soldier of the Order. But after clashing with her brother, she isn’t so certain where her loyalties lie. Chasing the origins of a mysterious artifact to a long-lost library, she just might find the answers she’s looking for.

I am still absolutely in love with this series … I recommend jumping on board before the final book in the trilogy.

I don’t like using gifs in my reviews, but I almost made an exception for this one; I nearly made a loop of Wexler just knocking a ball out of the park. … I have absolutely no complaints about Blood of the Chosen. It was a top anticipated read for 2021, and it lived up to that expectation with ease. Wexler has managed to crack the code on familial dramas and present something new and creative that I love. The cliffhanger ending of Blood of the Chosen is already killing me, I need the third installment as soon as possible.

—The Quill To Live

… a perfect blend of sci-fi & fantasy, and I wouldn’t hesitate to recommend these books to fans of either genre. These books are fast-paced & fun, but also super gut-punchy & emotional at times. . … Goddamn. This book was just so badass & amazing, and I love everything about this world & these characters!