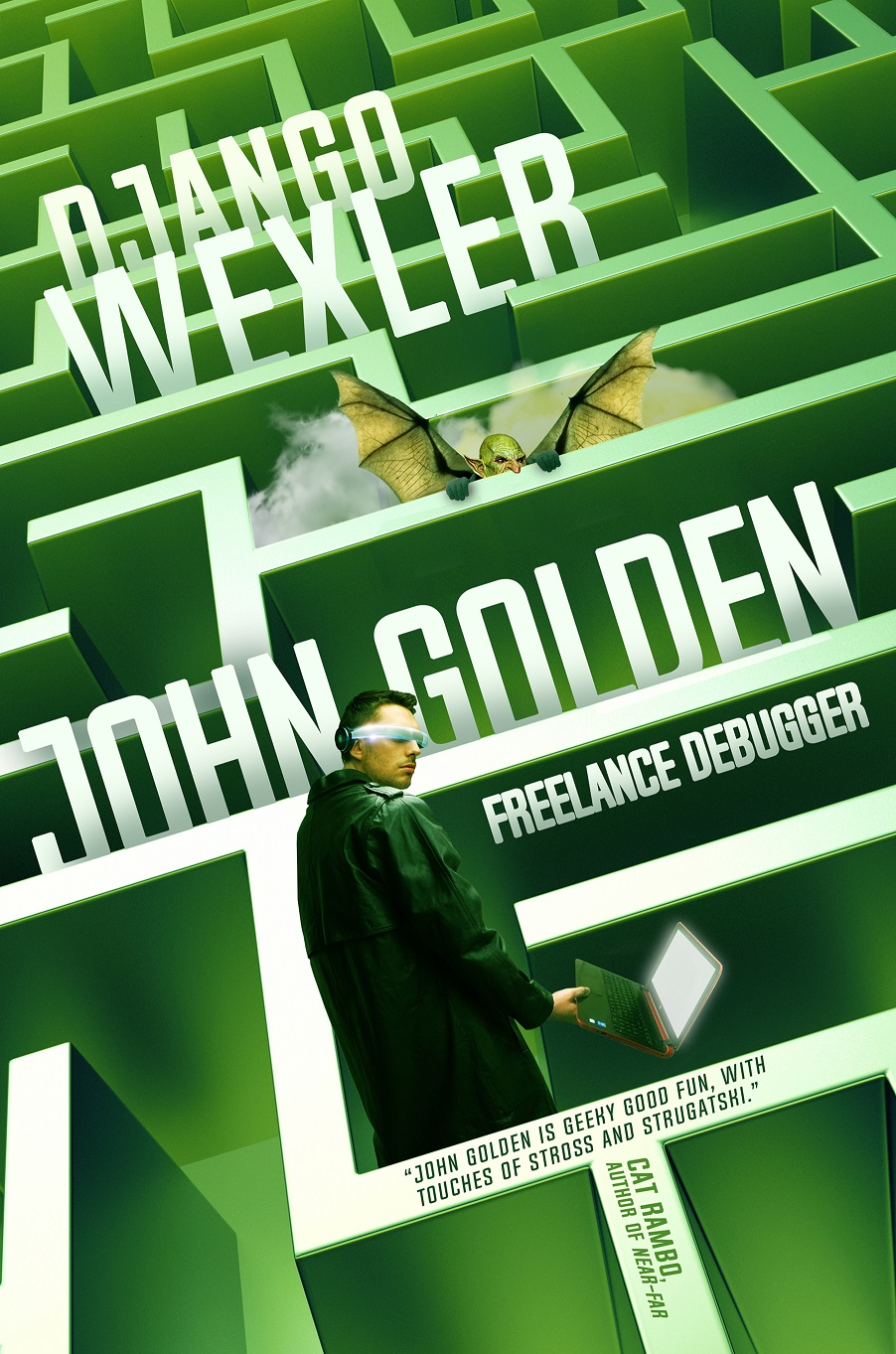 JOHN GOLDEN IS A DEBUGGER: he goes inside the computer systems of his corporate clients to exterminate the gremlins, sprites, and other fairies that take up residence. But when he gets a frantic call from Serpentine Systems, a top-of-the-line anti-fairy security company, John finds out he’s on much more than a simple smurf-punting expedition.

With the help of his sarcastic little sister Sarah (currently incarnated in the form of a Dell Inspiron) and a paranoid system administrator, John tackles Serpentine’s fairy problem. But the rabbit hole goes deeper than he thinks, and with the security of all of the company’s clients in danger, there’s more at stake this time than John’s paycheck!

This is an urban fantasy novella, around 60 pages.  It’s available from Amazon as an e-book or print on demand.

“John Golden is geeky good fun, with touches of Stross and Strugatsaki.”

—Cat Rambo, author of Near + Far

“I would recommend this to everyone. It’s the perfect urban fantasy for computer geeks, with its IT jokes and references, but it’s also fun for those who are not.”

“There’s a lot here, and while it is a lot of fun, it really shows off just what Wexler is capable of as an author. He’s confident, dynamic, and really sticks out. He takes saturated genres and he makes them his own. He did it with The Thousand Names, and now he’s done it again with John Golden. … There are some novels you read and you just know the author had a ton of fun writing them, and so they are fun to read because of that. John Golden is one of those. I think Wexler must have had a blast writing it, and I ended up having a blast reading it.”

“John Golden: Freelance Debugger has been getting glowing reviews from all over, and I’m adding my voice to the mix that says it’s worth every one. It’s a taste of a larger world, one that I want to see more of, and it’s definitely bumped Wexler’s books further up my reading pile (not that they weren’t fairly high up there already). It’s everything you want in an urban fantasy novella: creativity, wit, action, and a refreshing gender balance that I don’t see as often as I’d like. Do yourself a favour and take an hour to give this a read. You’ll find yourself as hooked as the rest of us!”