In The Promised Land RELOADED, I play as the Ethiopian Jews of Semien in Crusader Kings II, attempting to build the Third Temple, recreate the Kingdom of Israel, and stay out of the clutches of my doctors. 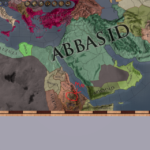 Part One: In which the Petty Kingdom of Semien becomes part of Abyssinia. 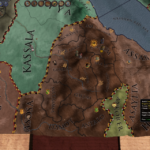 Part Two: In which I get a visit from Death herself and acquire a few more counties. 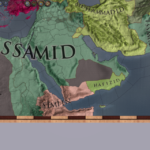 Part Three: In which Semien regains its independence, and I fail to achieve immortality. 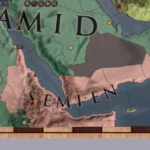 Part Four: In which I expand, fight rebellions, and fall into the hands of doctors. 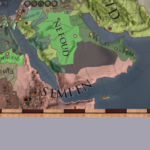 Part Five: In which my daughter is the spawn of Satan, and the Arabian Empire collapses and I reap the profits. 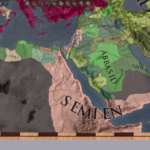 Part Six: In which my borders reach the Mediterranean, I surmount a succession crisis, and face a jihad. 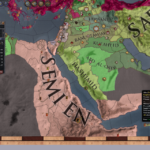 Part Seven: In which I survive further jihads and an attack by the Byzantine Empire, take Jerusalem, and go mad. 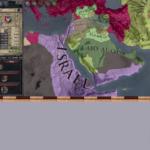 Part Eight: In which I defeat my first Crusade, build the Third Temple, and create the Empire of Israel. 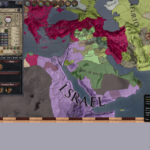 Part Nine: In which I wage holy war, survive the Black Death, and eat people. 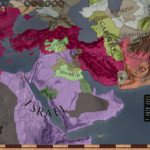 Part Ten: In which the I wage even more holy wars but the Jews fail to take over India. 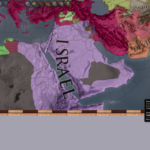 Part Eleven: In which I survive a difficult regency and unite the Arabian Peninsula. 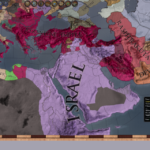 Part Twelve: In which I fight the Byzantines while the Mongols approach. 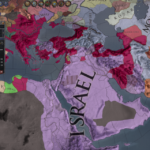 Part Thirteen: In which the Mongols turn out not to be that big of a deal, and I take Constantinople. 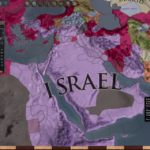 Part Fourteen: In which I continue to battle the Byzantines, and my vassals take Norway. 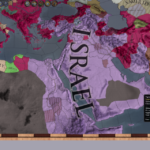 Part Fifteen: In which owning Norway turns out to be kind of a pain. 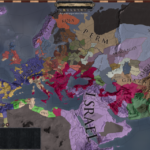 Part Sixteen: In which I take Rome, a chunk of India, and the Middle Ages comes to a close.