In How Do I Vike, I play as Norse pagans in Crusader Kings II, attempting to unite Scandinavia under my banner and spread the worship of Odin and Thor! 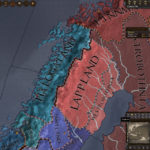 Part One: In which I don’t actually become a Viking.

Part Two: In which I deal with succession issues, get conquered by Denmark, and start learning to set things on fire. 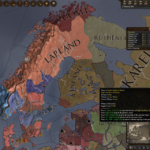 Part Three: In which I free myself from Danish rule, create the Kingdom of Lapland, become a Viking for real, and have an immortal dog who eats people. Part Four: In which I pledge myself to dark powers and devour my own children. 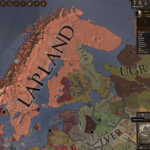 Part Five: In which I reform the Germanic religion and adopt feudalism. Part Six: In which the kingdom threatens to break apart. 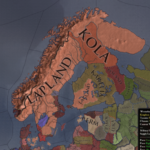 Part Seven: In which I harass Robin Hood and deal with seniority succession. 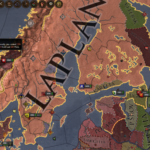 Part Eight: In which I have another mad queen and inch closer to my dream of empire. 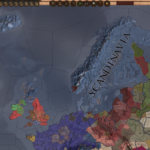 Part Nine: In which I establish ultimogeniture succession, create the Empire of Scandinavia, and name my horse chancellor. 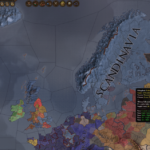 Part Ten: In which the invasion of England begins. 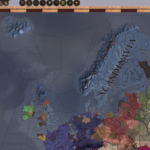 Part Eleven: In which I inherit Austrasia, complete the conquest of England, and survive the Black Death. 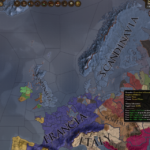 Part Twelve: In which I add Scotland to the bag, fight off a Crusade, and sleep with my horse.

Part Thirteen: In which I complete the conquest of the British Isles and win a Great Holy War for France.

Part Fourteen: In which Germany and more of France fall before the Scandinavian juggernaut. 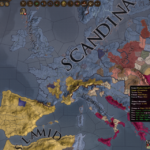 Part Fifteen: In which I break the power of the Mongols and take Italy. 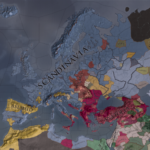 Part Sixteen: In which I declare victory.

One thought on “The How Do I Vike Series”