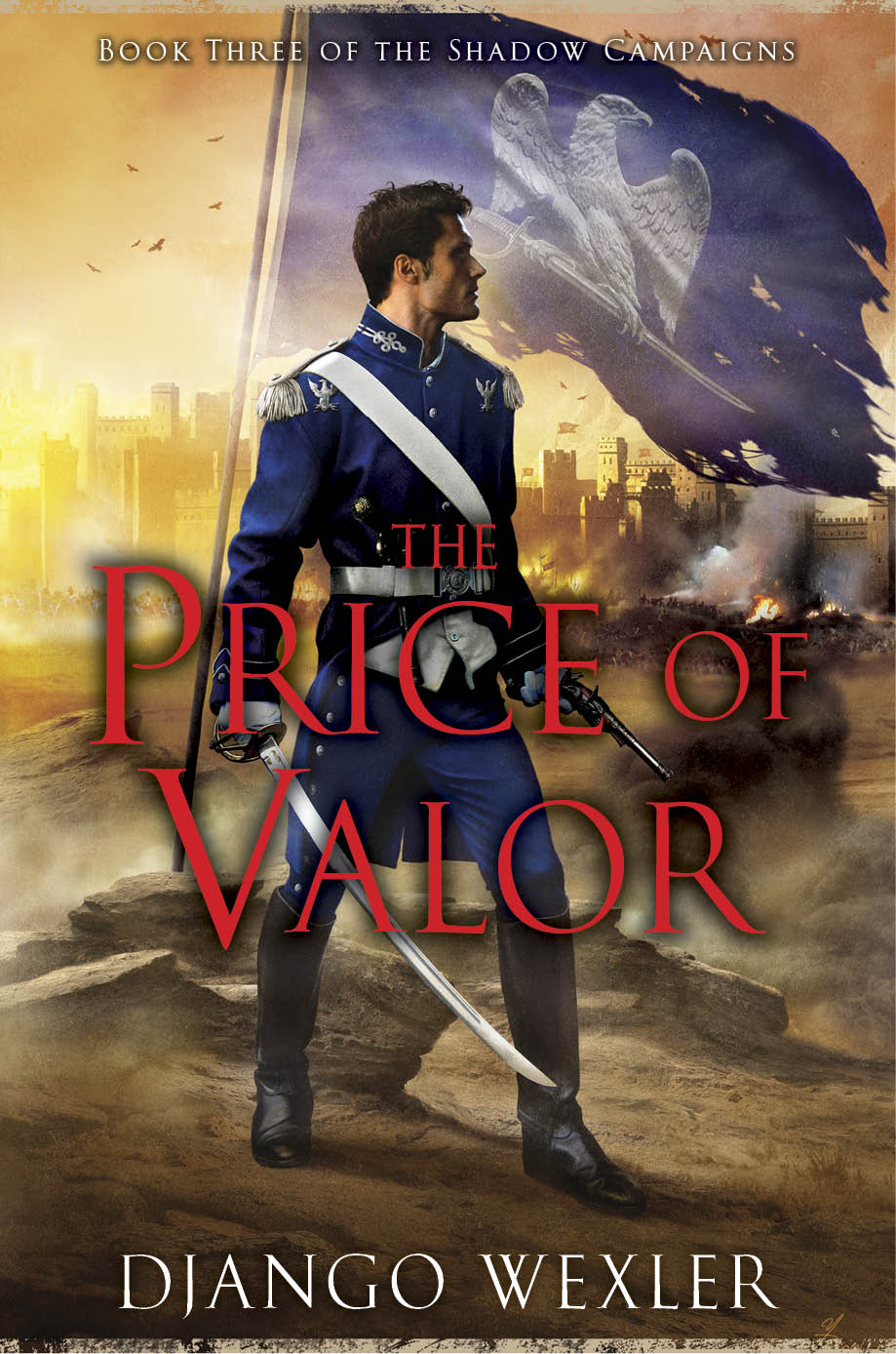 The Price of Valor

In the latest Shadow Campaigns novel, Django Wexler continues his “epic fantasy of military might and magical conflict”* following The Shadow Throne and The Thousand Names, as the realm of Vordan faces imminent threats from without and within.

In the wake of the King’s death, war has come to Vordan.

The Deputies-General has precarious control of the city, but it is led by a zealot who sees traitors in every shadow. Executions have become a grim public spectacle. The new queen, Raesinia Orboan, finds herself nearly powerless as the government tightens its grip and assassins threaten her life. But she did not help free the country from one sort of tyranny to see it fall into another. Placing her trust with the steadfast soldier Marcus D’Ivoire, she sets out to turn the tide of history.

As the hidden hand of the Sworn Church brings all the powers of the continent to war against Vordan, the enigmatic and brilliant general Janus bet Vhalnich offers a path to victory. Winter Ihernglass, newly promoted to command a regiment, has reunited with her lover and her friends, only to face the prospect of leading them into bloody battle.

And the enemy is not just armed with muskets and cannon. Dark priests of an ancient order, wielding forbidden magic, have infiltrated Vordan to stop Janus by whatever means necessary…

“Just as much as the delightful action scenes and the narrative drive and the fantastic approach to magic and blowing shit up, Wexler’s commitment to portraying a wide variety of women matters. It’s part of what makes this book so great, and it’s part of why I’m probably going to keep yelling SHUT UP AND TAKE MY MONEY when the next installment comes out—although it doesn’t hurt the sequel’s case that The Price of Valor ends on a cliffhanger. The Price of Valor is a very enjoyable epic fantasy, and a damned good book. And if you’re not reading Wexler’s “The Shadow Campaigns” yet… well, what the hell are you waiting for?”

“It’s easy to get caught up in The Shadow Campaigns. Django Wexler’s riveting world of dark magic and martial action featuring strong characters – and especially strong women – is one I’ll want to visit again and again. Military fantasy at its finest.”