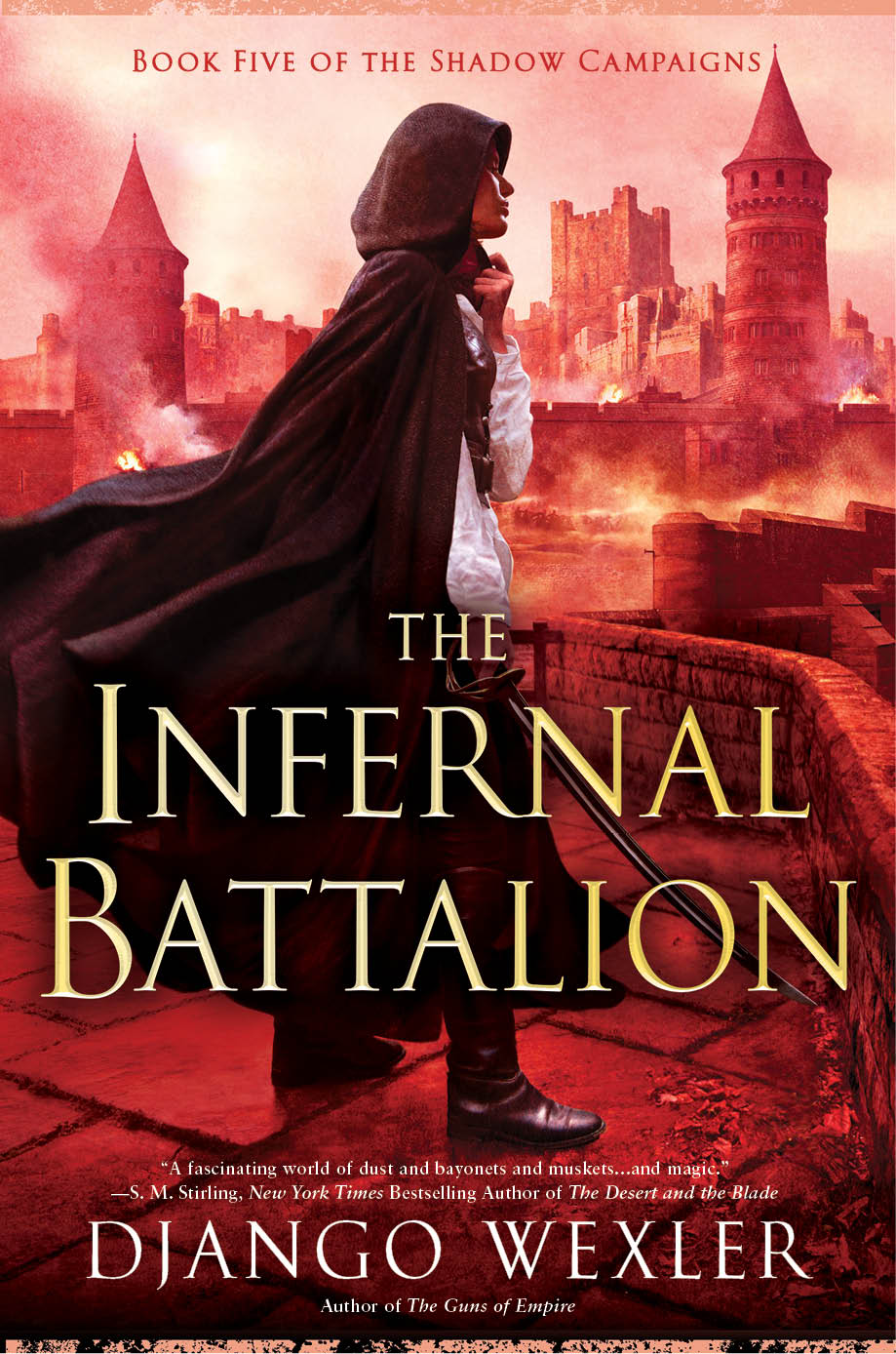 The Beast, the ancient demon imprisoned beneath the fortress-city of Elysium for a thousand years, has been loosed on the world. It absorbs mind after mind, spreading like a plague through the north. The fell army it has raised threatens the heart of Vordan, and it is under the command of the Beast’s greatest prize: legendary general Janus bet Vhalnich.

As Queen Raesinia Orboan and soldiers Marcus D’Ivoire and Winter Ihernglass grapple with the aftermath of a hard-fought military campaign, they soon discover a betrayal they never could have foreseen. The news arrives like a thunderbolt: Janus has declared himself the rightful Emperor of Vordan. Chaos grips the city as officers and regiments are forced to declare for queen or emperor.

Raesinia must struggle to keep her country under control and risks becoming everything she fought against. Marcus must take the field against his old commander, a man who has seemed an unbeatable strategist. And as Winter recovers from her injuries and mourns her losses, she knows the demon she carries inside her might be the only thing standing between the Beast and the destruction of everything in its path….