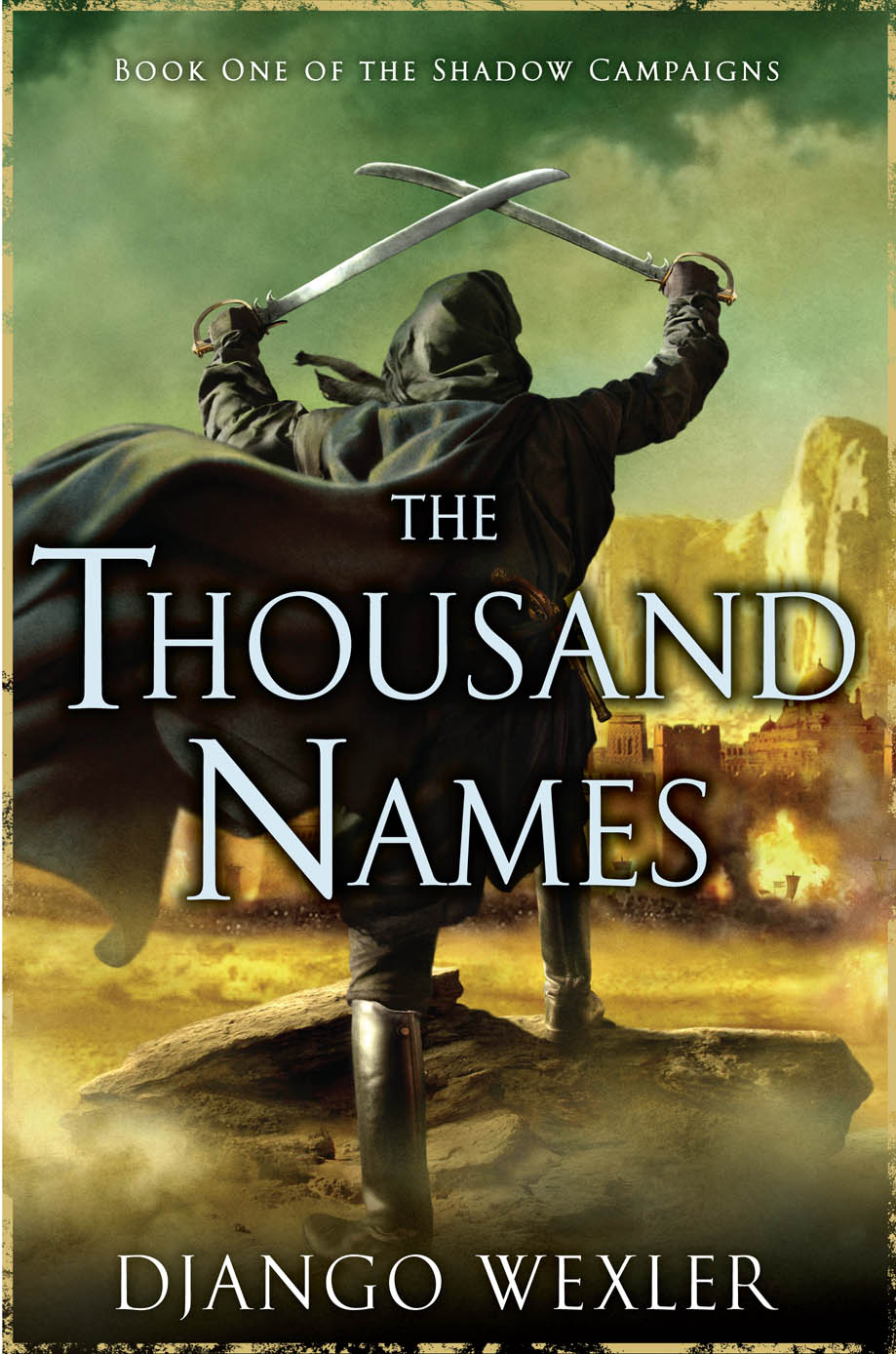 Captain Marcus d’Ivoire, commander of one of the Vordanai empire’s colonial garrisons, was resigned to serving out his days in a sleepy, remote outpost. But that was before a rebellion upended his life. And once the powder-smoke settled, he was left in charge of a demoralized force clinging tenuously to a small fortress at the edge of the desert.

To flee from her past, Winter Ihernglass masqueraded as a man and enlisted as a ranker in the Vordanai Colonials, hoping only to avoid notice. But when chance sees her promoted to command, she must win the hearts of her men, and lead them into battle against impossible odds.

But the fates of both of these soldiers, and all the men they lead, depend on the newly arrived Colonel Janus bet Vhalnich, who has been sent by the ailing king to restore order. His military genius seems to know no bounds, and under his command, Marcus and Winter can feel the tide turning.

But their allegiance will be tested as they begin to suspect that the enigmatic Janus’s ambitions extend beyond the battlefield and into the realm of the supernatural — a realm with the power to ignite a meteoric rise, reshape the known world, and change the lives of everyone in its path.

“Wexler has produced something unusual in the fantasy line, with a setting reminiscent of the early Victorian period, out on the bleeding edge of Empire, a world of dust and bayonets and muskets… and magic. The characters are fascinating and -all- of them have secrets. The heroes range from the noble to the distinctly ambiguous…I read it at a gulp and look forward to more.”

“I absolutely loved it. Wexler balances the actions of his very human characters with just the right amount of imaginative “magic” to keep me wanting more.”

“…Django Wexler does what needs to be done in the opening volume of a fantasy epic: he introduces the characters and sets the scene, then successfully peels back the layers and raises the stakes. If you enjoy military fantasy and/or flintlock fantasy, The Thousand Names is definitely worth a look.”

“Wexler’s polished military fantasy, first in the Shadow Campaign series, distinguishes itself from other epic doorstops with its unique setting, intricate plotting, and layered characters. Seasoned captain Marcus d’Ivoire is the only volunteer in Khandar, a distant Vordanai colonial outpost surrounded by desert. When a religious rebellion turns the quiet outpost into a war zone, Marcus must whip out-of-practice soldiers into a functioning army. One of these rankers, Winter Ihernglass, is unexpectedly promoted, making it difficult to protect her—yes, her—secret, though her competence is undeniable. Both rely on the brilliant, enigmatic new leader, Colonel Janus, but he has an ulterior motive: a magical relic that has been the true danger all along. Wexler makes military tactics riveting, though at times the sheer detail given over to the realities of pseudo-eighteenth-century warfare (think muskets, swords, and cannons) is too much. Fortunately, at these times, a riotous battle, a perceptive character beat, or another hint of insidious magic comes to the fore. This excellent series debut is for fans of Peter Brett, Daniel Abraham, and Joe Abercrombie.”