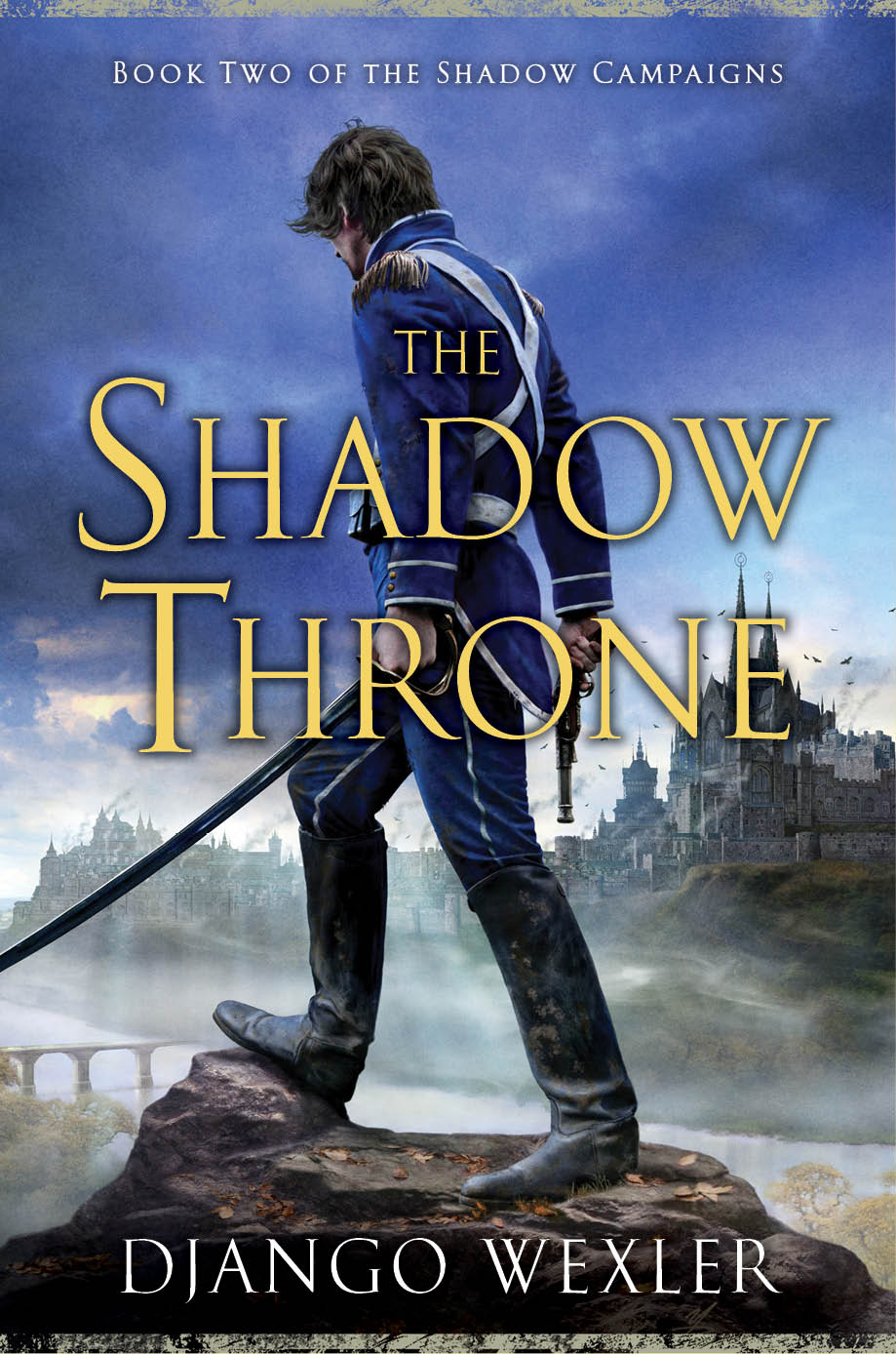 Anyone can plot a coup or fire an assassin’s bullet. But in a world of muskets and magic, it takes considerably more to seize the throne.

The ailing King of the Vordan lies on his deathbed. When he dies, his daughter, Raesinia Orboan, will become the first Queen Regnant in centuries—and a ripe target for the ambitious men who seek to control her. The most dangerous of these is Duke Orlanko, Minister of Information and master of the secret police. Having meticulously silenced his adversaries through intimidation, imprisonment, and execution, Orlanko is the most feared man in the kingdom.

And he knows an arcane secret that puts Raesinia completely at his mercy.

Exposure would mean ruin, but Raesinia is determined to find a way to break herself—and her country—out of Orlanko’s iron grip. She finds unlikely allies in the returning war hero Janus bet Vhalnich, fresh from a brilliant campaign in the colony of Khandar, and his loyal deputies, Captain Marcus d’Ivoire and Lieutenant Winter Ihernglass.

As Marcus and Winter struggle to find their places in the home they never thought they would see again, they help Janus and Raesinia set in motion events that could free Vordan from Orlanko’s influence—at the price of throwing the nation into chaos. But with the people suffering under the Duke’s tyranny, they intend to protect the kingdom with every power they can command, earthly or otherwise.

“This audacious and subversive sequel to 2013’s The Thousand Names shifts from the previous book’s military campaign into a political intrigue that examines issues ranging from gender identity to the development of democracy. … Wexler throws a lot into the story, but the mash-up of 17th-century technology and demon-summoning assassins comes together nicely.”

“FANTASY FRENCH REVOLUTION WITH LESBIANS. That’s basically, ‘Shut up and take my money,’ territory, as far as I’m concerned. … Things explode. There are running battles in the streets and daggers-drawn in stairwells, and more than one prison break/infiltration. The pacing zooms along with satisfying speed and tension. The gender balance in terms of interesting characters is particularly gratifying to me. A significant proportion of the characters are women, badass women with their own needs and their own agendas, and they get their own moments of awesome. It’s also gratifying to finally read an epic fantasy novel by a male author that hasn’t set out to demonstrate how deeply it can delve into the grim, brutal, and horrific: there’s optimism in The Shadow Throne, and the sense that things might just work out in the end.”